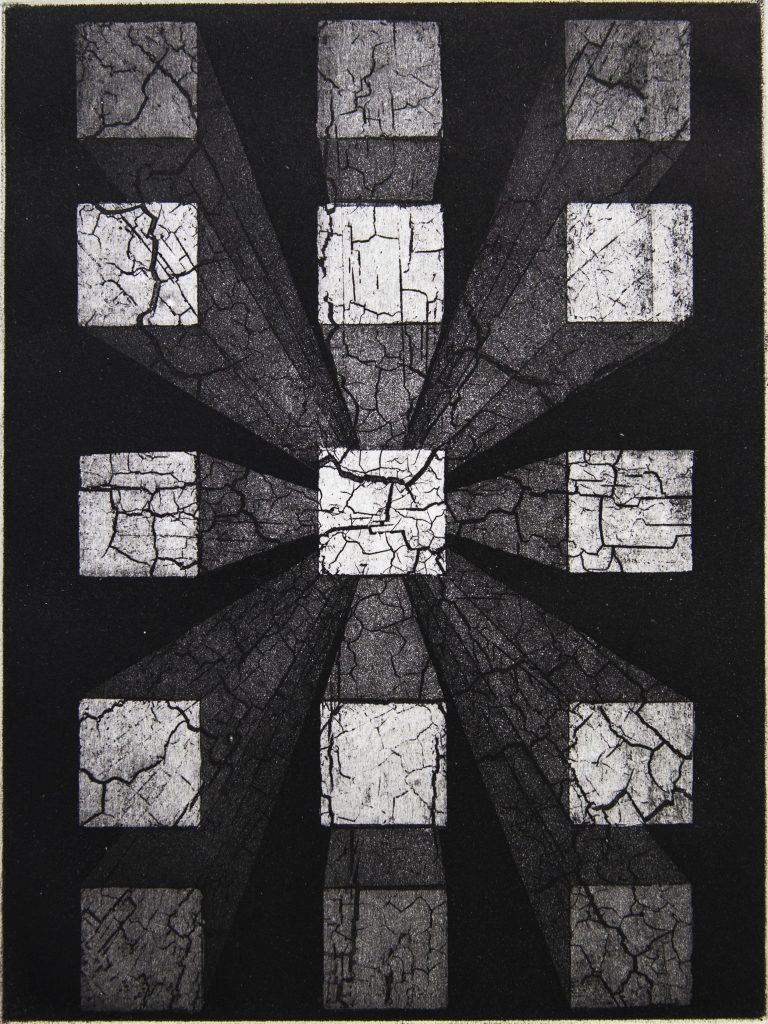 Marco Poma’s engaging etchings deal with architecture. He is influenced by brutalist and minimalist architecture. His prints remind us of the structures that surround us in city environments. Alongside the etched lines, Poma uses aquatint to create shadows and three-dimensional effect. These generate appealing realistic urban structures, conveying feelings of grandeur and majesty, and placing the observer in a vulnerable position. The light cracks, seen in the structures of his work, are created using an etching technique called craquelè. He has been working on this technique in recent years. The fissured lines give an idea of fragility, which contrasts with the coarseness of the geometrical structures. This idea of weakness, contrasting with the strength of the structures, once again calls forth the vulnerability of the observer in front of these structures. Whilst they are so big, they can still break, easily crushing a human.

Poma often starts working on his pieces using digital art. He then transfers this design to paper through printmaking. Through this work process, he plays with using both ancient more traditional tools. This “fusion between tradition and innovation” (Poma, 2019) is seen in the etchings’ contemporary design versus their traditional technique.