Helene Wedel is a graphic and visual artist from Sweden. Her colorful lithographs depict the human condition in a narrative manner.

The observer is invited into some indoor and outdoor settings, where still life sceneries can sometimes be observed. With elements such as mirrors, stone and glass constructions placed in the composition, Wedel creates spaces that seem both ordinary and otherworldly at the same time. The setting seems to interact with the emotions and thoughts of her characters, who are usually naked.

Their bodies seem to be in motion, their movements delicate. The way they move almost implies the presence of music that only they can hear. These figures appear to get carried away with their feelings, often hugging each other.Their skin tones have unnatural colors such as blue, pink or yellow, further adding to the impression that the scenes come from another realm, that of dreams or fantasy. Still, even if the protagonists don’t appear to be entirely human on the outside, the way that they interact with each other and with their environments gives them a very human quality. The colors that Wedel chooses to use in her works are mostly varying tones of the primary colors complimenting each other and supporting the narrative. 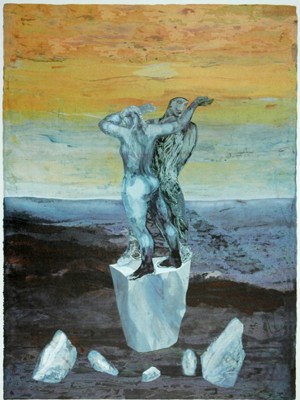 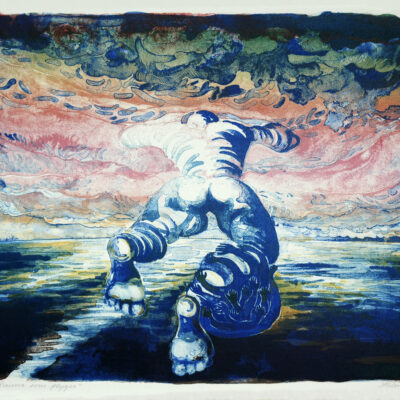