Jeff Ibbo’s dramatic artworks thematise the human body. He develops various figurative approaches which tend to transform the human body into an abstract object. Simplicity is his main artistic objective: this can be detected both in the subjects frequently chosen by the artist and in his minimalistic style. More specifically, two different series of works can be identified according to the form.

In the first series, he mainly focuses on the naked body of both sexes, whose physical flaws are generally emphasized. Shapes are warped and filled with homogenized, flat and bright colours. His subjects are usually portrayed in their daily routine, namely the awakening: most of them are depicted while sitting on the bed, as a recurrent motiv in the artistic tradition. 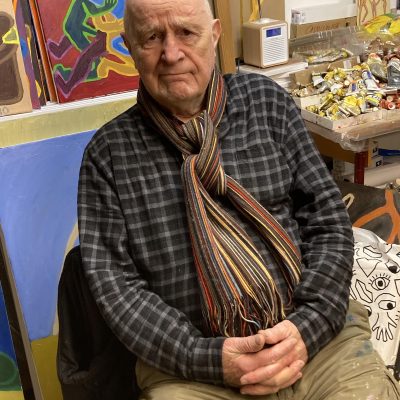 This expressive tendency is even more evident in another series of works, where the human figure is just sketched with thick lines contrasted only by the background. In this way, bodies are reduced to their essential lines, becoming anonymous and losing their genders. Also the setting cannot be identified as before. The message emanating from this work is dramatic: Ibbo clearly seeks to upset the observer, who is faced with a dramatic and humorous sense of existence in all of its shades. 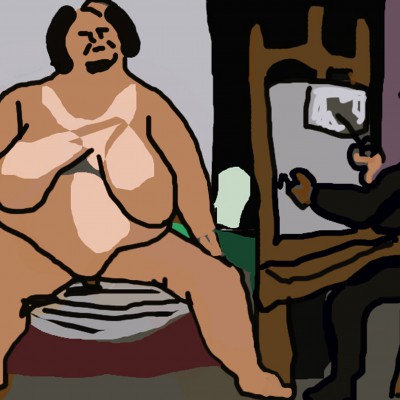 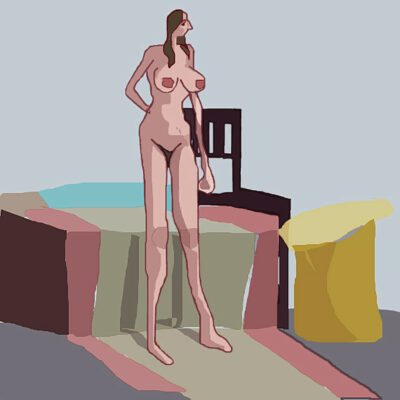