Miranda’s prints seem to be an entrance to a fantastic world. But rawness surpasses the apparent naivety and innocence of her imagery through sharp forms and strong expressions.

The expressive visual language used by Miranda can remind the observer of naive black and white drawings and paintings seen in Futurism, but she transforms the settings placing her own magic fantastic creatures. When looking at the scenery, imaginary creatures such as night fairies, birds, fish and butterflies appear at a starry black based background sometimes divided in day and night. Miranda’s works invite the viewer to join her fabulous world full of meadows and unusual black lakes.

Magical dark-haired and naked fairies are depicted on horseback sparrows, ready to fly and to explore the enchanted gardens in which they are living.

The viewer can be completely mesmerised by Miranda’s artworks, as he can re-experiences his childhood memories. 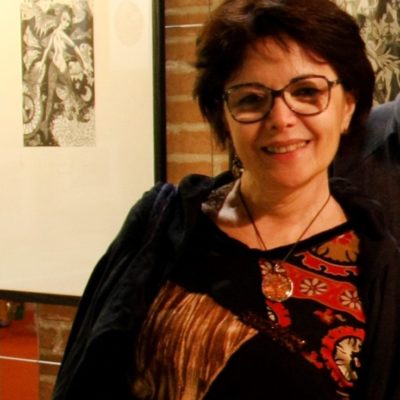 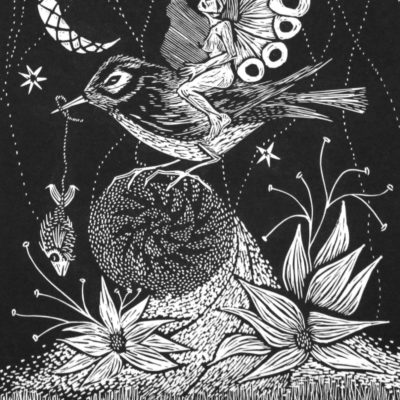 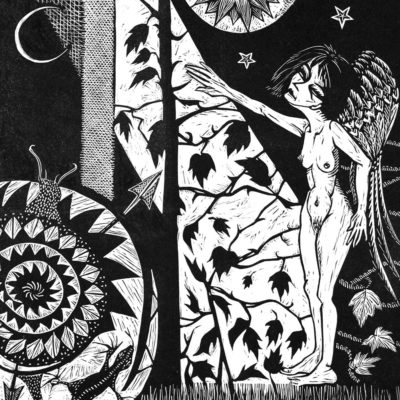