Adela is a figurative artist and illustrator living in Spain. In her oil paintings she explores the human figure, creating portraits that focus on the emotive power of human expressions. She seeks to reveal the soul behind the mask that is our face.

Her latest series “The air we breathe” intends to represent the feelings and emotions of the times we live in. In her hyper-realistic work, two women’s faces are covered by a layer of transparent film. The transparent film wrap is symbolic of the need for air, both in a figurative and emotional sense. The two faces appear to have differing reactions to their circumstance oscillating between anger, frustration, fear and somewhat calm.

There is an overarching feeling of being trapped, experiencing pain and confusion. 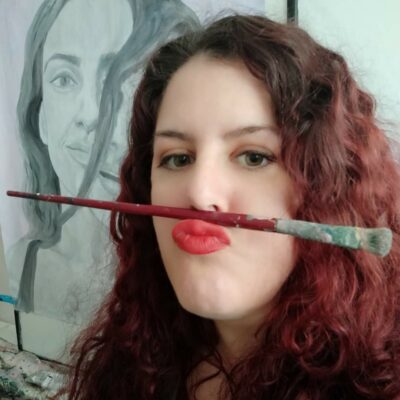 Her mission is to create a connection through her art to the spectator’s soul essence. The viewer is invited to recognise the emotions depicted in the piece as these are feelings that unite us in our humanity. Above all her works are inspired by the human condition.

Adela has lived in 4 countries and has traveled far, immersing herself in different cultures which have influenced her way of creating and developed her medium of expression. 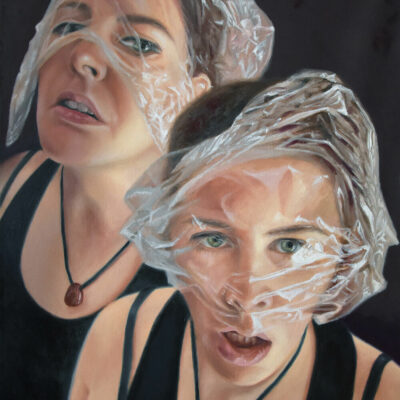 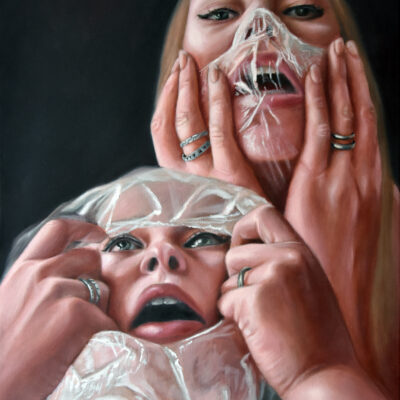