The Ukranian artist Alina Kashitsyna explores the boundaries between architectural planning and visual art. Her geometric abstractions on canvas resemble floor plan drawings. Her poetics examine the way human beings perceive space and are able to organize it on a two-dimensional scale. Ultimately, it shows people’s ability to mentally regulate their territory.

Kashitsyna’s series “Integration” perfectly demonstrates her background as an architect. It shows her will to overcome the limits of the discipline, and to question herself. Thin white stripes divide the canvas, creating fractions of different dimensions. Squares, rectangles and other geometrical shapes indicate hypothetical rooms and areas of the house. However, architectural thinking leaves space to fantasy, when these spaces are overlapped and are not made subject to habitation logic. 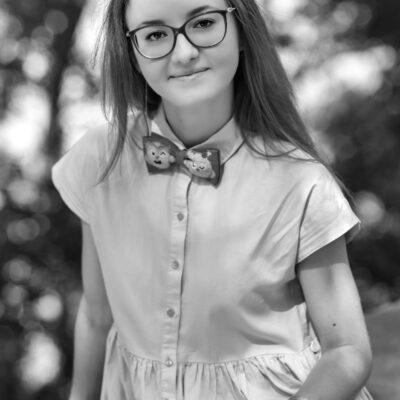 The colors on the canvas respect blueprint tradition. In the middle the beholder can see a blue configuration, environed by a greyish surrounding. A few of the space sections are colored in white. The acrylic paint is applied evenly and smoothly, giving to the artworks a very rigorous and ordered look. Only some of the lines partitioning the surface are brushed up on with a light and gauzy layer of color, breaking with the overall impeccable organization. 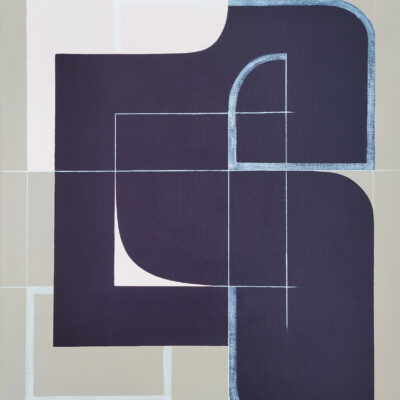 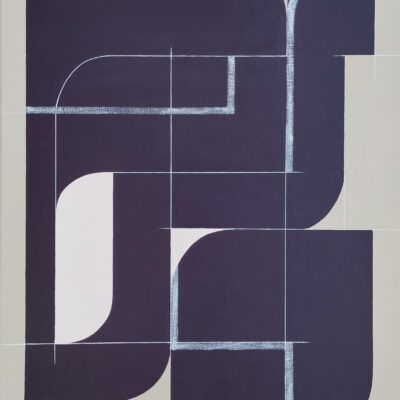