Inspired by the artist’s personal introspective exploration of the subconscious, Konopek’s art brings to life an enchanted realm where reality and dreams are in dialogue. The Serbian artist represents such dialogue through the use of mixed media and the combination of dynamic creatures drawn in black ink, with abstract airy brushes and light colours.

A common feature of Konopek’s artworks is a great sense of dynamism achieved through the combination of various elements. The layered and mixed techniques used to connect the different parts of his artworks conveying a sense of harmonious movement.

Konopek’s figurative subjects also convey movement, as  the artists worked towards a process of abstraction aimed at the reduction of the ink lines to enhance their dynamism in space. Such a sense of movement is further expressed by the elongated limbs which characterize his creatures. 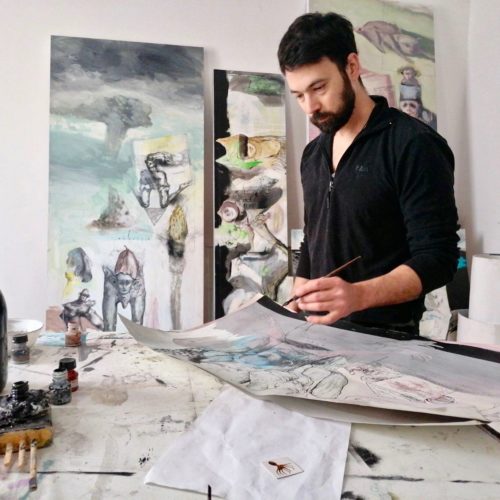 Konopek envisioned their characteristic anatomy as the embodiment of mental processes. In fact their forms recall those of brain neurons. Moreover, their metamorphic nature and their apparent incoherent presence can be interpreted as the visualization of a stream of consciousness. Konopek thus creates artworks that resonate with Baroque art in their heightened sense of movement and drama as they explore moments of discovery and catharsis of the human psyche. Their emotional complexity is still counterbalanced by the presence of bright colours which convey a common sense of vitality in his art. Through the name of the cycle Around the Fire, Konopek’s moves a critique towards the alienation of modern society juxtaposing it to ancient communities that used to gather around the fire. 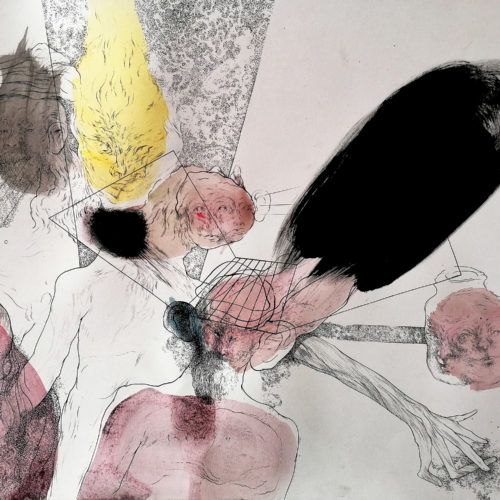 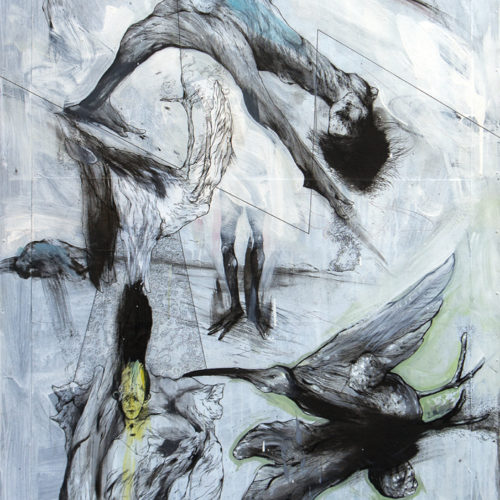