In her paintings, Anna Bieler deals with mankind creating dreamlike visualisations. Despite their absurdist elements, at the centre of most of Anna Bieler’s paintings are human faces. The figures, typically depicted as imaginative hybrid creatures which are barely recognisable as human, are captured in moments of movement. Bieler’s priority in her artwork is to express human states and behavior patterns with her unique visual language. Although her works can appear joyous and full of life there are elements which indicate the darker side of mankind. 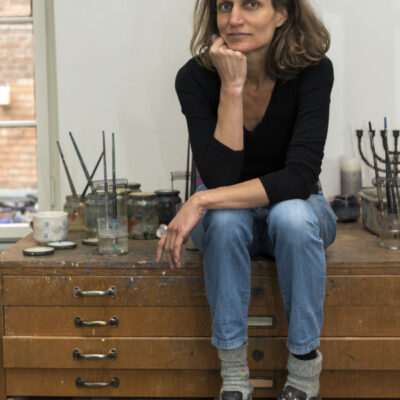 Using bold, bright colors Bieler conveys a strong energy one can associate with life and joy. Often opting for primary colors such as red, yellow and blue, she later structures her pieces with thicker white or black lines. It is in these choices of colour that the charisma in her works come through.

Bieler doesn’t shy away from depicting relatively ugly and alien-looking creatures with distinctly human features. She brings her imaginative, surrealistic figures to the canvas to encourage the viewer to question their response to her works. What is it that pulls them toward her pieces and what drives them away could be the question waiting to be answered. 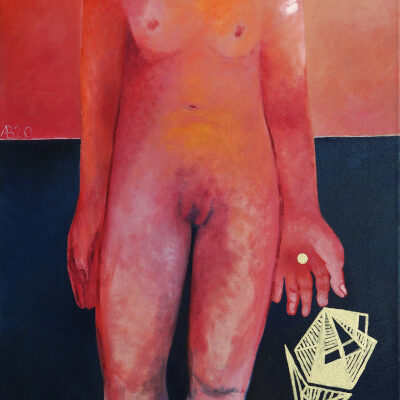 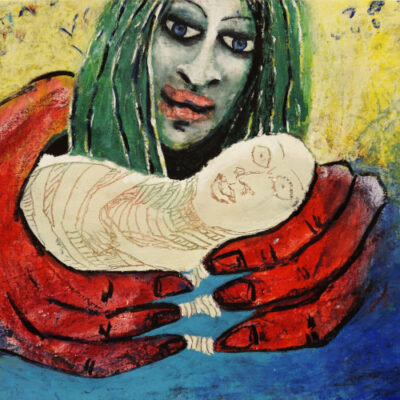