The monochrome and highly detailed aquatints by Anna Voitiuk present personified animals conquering the human’s world in a fairytale manner. In her artworks, she often combines elements created by humans, such as busses and scores, together with animals, mostly mice, turtles and wolves, as well as flora and fauna. In this utopia, the human presence is missing and is replaced by other species, where they imitate human behaviors and coexist in a civilised manner.

Voitiuk’s sceneries are dreamy but at the same time realistic, creating a feeling of normality.  Every scene has its own narrative and flow. The element of movement is very important to this fairytale world, which is enhanced by the different animals‘ positions and scales, creating a constant moving and rhythmic world.

Detail is very significant to these sceneries, making the narrative vivid and more convincing to the viewer. Sometimes her scenes can be deeply symbolic and metaphorical regarding the content, but the forms are always carefully created and placed, serving the narrative. 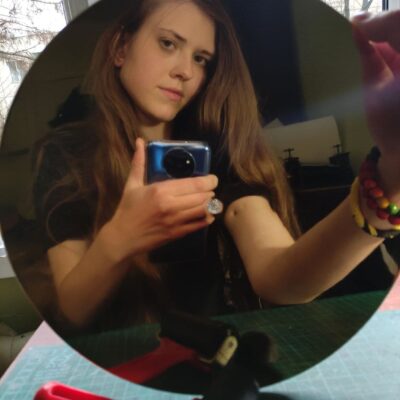 This strongly zoocentric world invites the viewer as a spectator to follow the synchronised cosmos inhabited by these species, creating parallel worlds, ready to challenge the viewer’s mind. 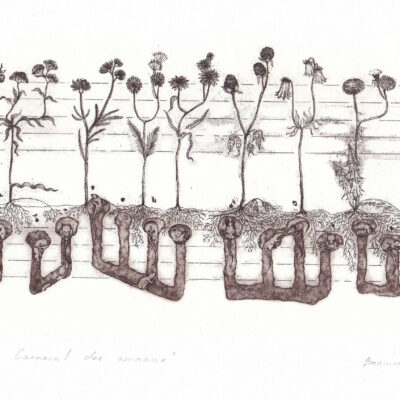 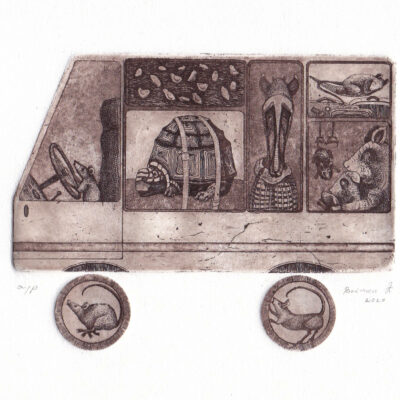