Australian artist Anne Starling’s linocut prints center around the interaction between humans, more specifically families, and the urban and industrial landscape they inhabit, focusing on the neglect resulting from the exploitation by manufacturers.

Starling delves into the social and ecological structures of the sceneries she portrays, examining the changes of the environment. Positioning families at the epicenter of this degradation of land by industry and even setting one of her prints in a playground, she points to children as the future of humankind and leaves the viewers wondering about the true impact that industrial production has on the environment and more specifically on their own neighborhoods and kids’ futures. 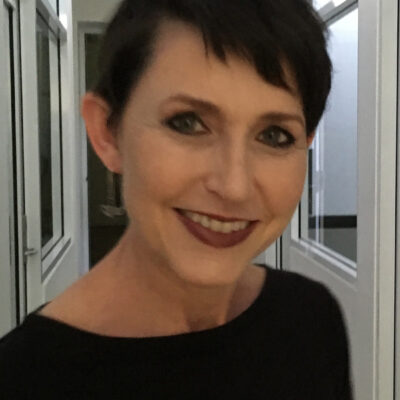 The houses and characters of Starling’s works are in black and white, while the sky is created in warm tones, with thick clouds of black smoke. The antithesis between monochrome and color, can also signify an attempt of Starling’s protagonists’ to look for a positive side to their bleak situation. Even though they may be visually appealing, the colors she chooses might also point to air pollution. Within the past, industrial settings are usually connected with the absence of color altogether, muted tones and greys and browns. Starling’s color choice is especially interesting and gives the work a sense of familiarity. 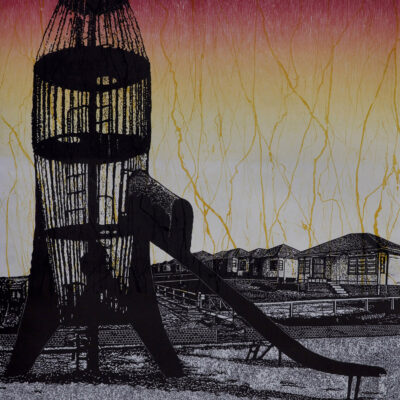 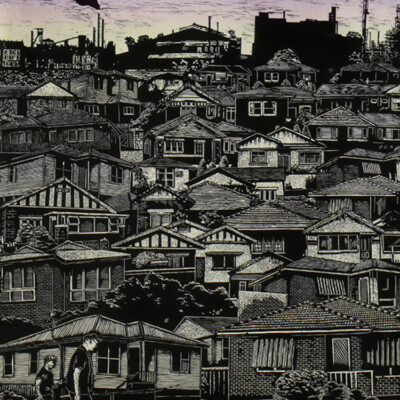