Chang Hui Ju’s imagery is full of magical creatures. Geometric shapes of figures and landscape create a sense of a dreamy and almost abstract world.

In Taiwanese artist Chang Hui Ju’s artworks a fantasy world in black and white can be discovered. Conveying herself with the mezzotint technique, she finds a perfect playground to express her fantasy world.

Elements of flora and fauna are the main characters of these prints, and they appear in contrast to those of city buildings. Light seems to explode from a soft black background in her delicately worked prints.

Geometrical shapes appear to change continuously as they capture and release light.
An optical illusion is produced by the soft lined creatures reminding us of the fresh air and grass fields in the countryside. 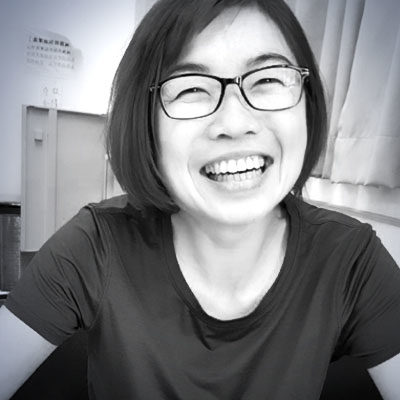 Chang Hui Ju’s prints show winged animals that seem to observe the ones who enjoy her art.With her mezzotints, Hui Ju expresses her childlike fantasy world inhabited by animal creatures. These living beings offer a sense of joy and carefreeness which seem to take the viewer into the artist’s world. 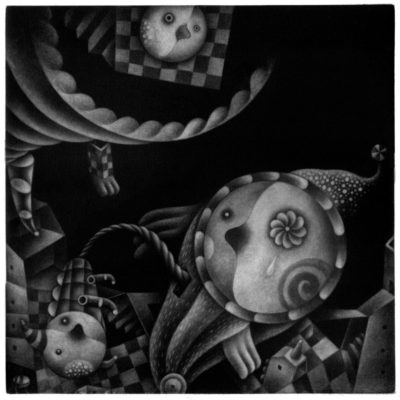