She works primarily with oil colours on large formats and takes a realistic and meticulous approach.

The characters are closely observed and presented to us rich in detail, while the atmosphere and the surrounding play an important role in bringing out the subject’s inner state.

The technique allows her to paint in fine detail. She depicts skin with all its textures, shadows, wrinkles, and internal movement and makes the portraits come to life.

The Berlin-based artist developed her own visual language in which the use of light and shadow plays an important role and gives the figures a delicate and fleeting appearance. 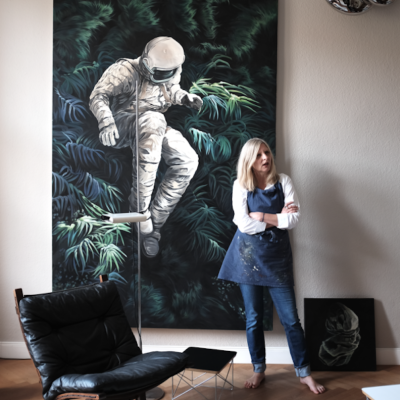 Her overall calm and composed protagonists seem to be caught in everyday life situations, often longing for the viewer’s attention and curiosity.
Hofbauer appears to be intrigued by the fragility of human nature.
Her artworks depict this masked complexity in a harmonic way, capturing the subjects in moments of reflection and vulnerability.
The portraits immerse us into the tranquil atmosphere and muted palette. The absence of further context and a specific time and place opens them up to interpretation. 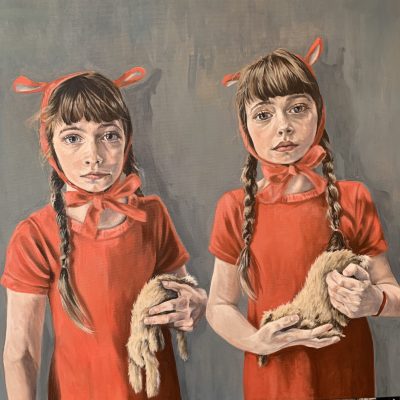 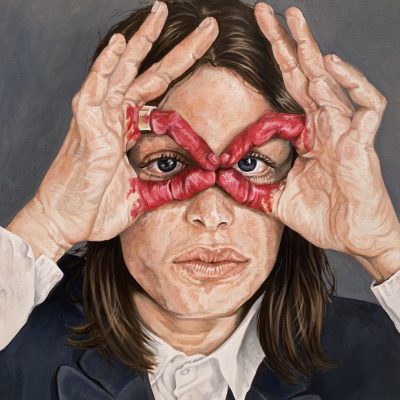