David Avery is an American printmaker based in San Francisco. The wealth of detail that Avery achieves within his chosen medium of black and white etching seeks to heighten the viewer’s perceptual receptivity, awakening possibly unforeseen and unlikely associations.

When confronted with Avery’s etchings, at first glance, one gets an impression that these prints are graphic works from the 16th century. However, when taking a closer look, the viewer soon realizes the iconography used does not hold any classic meaning. Using contemporary industrial objects, the artist creates his own language of symbols. Avery’s works depict a modern era dominated by chaos and anxiety, the use of dark humour creates a comic relief that helps overcome these feelings. 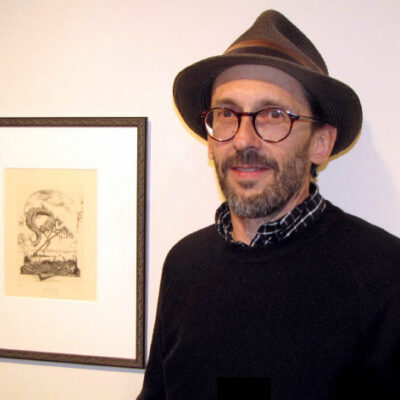 David Avery continues to explore the parameters of black and white etching at his studio in San Francisco while also extending his focus to intricately coloured works. His work is included in the collections of the Library of Congress, the Fogg Museum at Harvard University, the New York Public Library, the Achenbach Foundation for the Graphic Arts, the Stanford University Library among others. 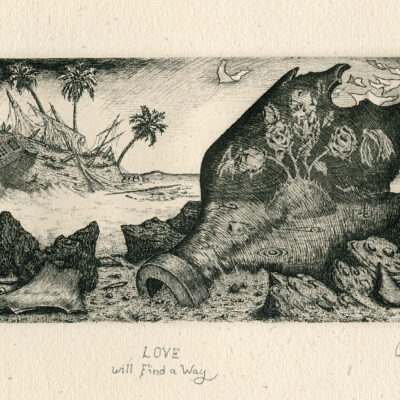 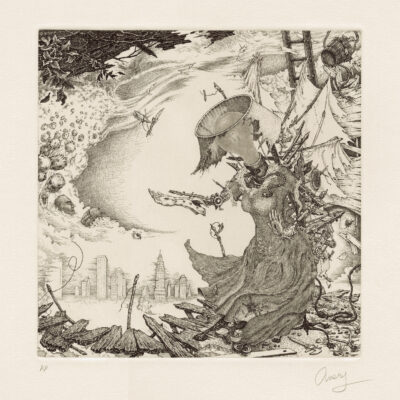