Giuditta R. is best known for her drawings that depict extremely expressive portraits of human realities. Her artworks are characterized by a gloomy and nightmarish atmosphere.

The choice of using predominantly black and white in her drawings makes them appear like historical pictures. This tints her works with a melancholic and decadent look.

Her art is strongly characterized by an unsettling appearance, as if hunted by a negative presence lurking from the paper. Such presence is hard to identify, as it emerges from a combination of different elements. 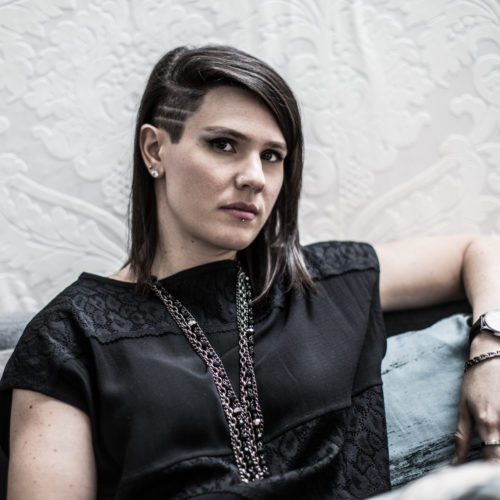 Among them, the artist counterposes extremely expressive bodies and faces with subjects whose features are blurred or hidden by dark shadows. Her technique also enhances this gloomy atmosphere, as Giuditta R. creates a dense graphite background leaving almost no blank paper visible. From this greyish layer, her subjects emerge in great detail but also slightly fade into it.

Her approach in creating artworks with multiple aspects matches the layered contents she explores with them. In fact, her subjects investigate complex human emotions, dreams and nightmares that surface for the attentive viewer. The absence of a clear point of light in Giuditta R.’s works is substituted by the use of coloured glitter to underline a specific detail from each artwork. The use of such material contrasts with the monochromatic work and contextualizes the retro-fashioned drawings in contemporary times.

Her artworks have been also implemented in fashion patterns and she has been recently looking into connecting her bidimensional works with multimedia content. 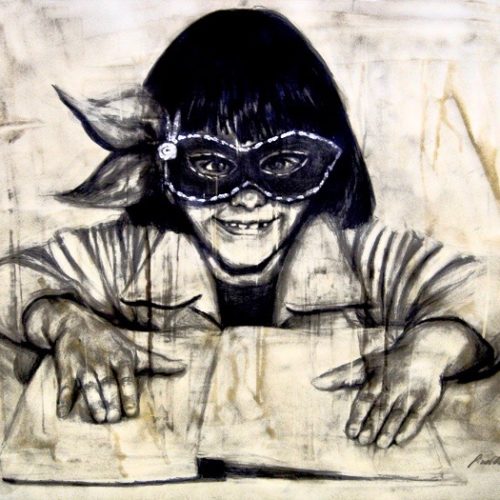 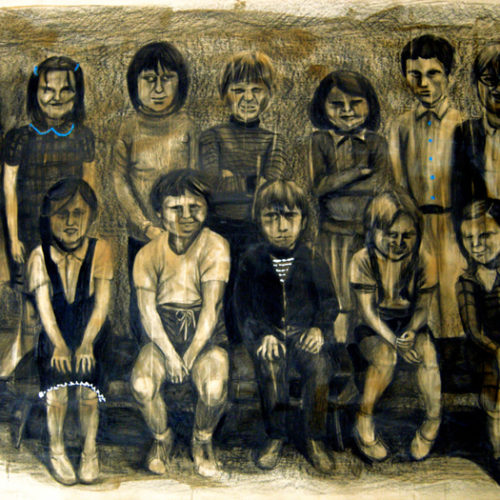