French artist Malatsion has a background in archaeozoology: the archaeological study of animal remains. These studies set the scientific foundations for her sculptures that use biomorphic shapes and that are deeply inspired by sciences. From the title of the series Genes of My Hybridization the scientist within the artist is revealed.

In this series, Malatsion creates sculptures that seem to represent embryos of alien creatures or otherworldly specimens. For these creations, science is obviously a source of inspiration for the artist as each piece would not appear out of place in a laboratory. 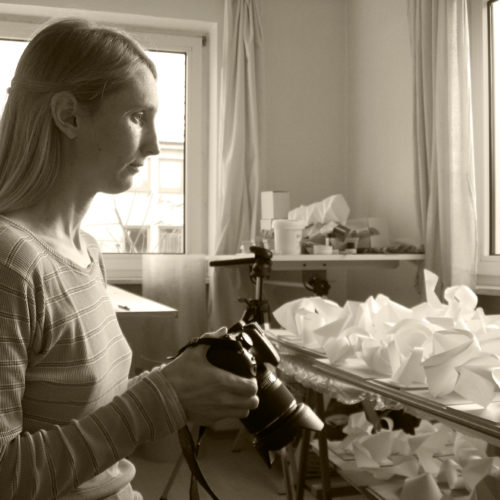 In fact, the staging of each sculpture – in transparent glasses – recalls test tubes, making the artworks become objects of a fictitious scientific process.

Such process is explored further by the artist as each of her sculptures is usually documented by the artist photographically or in a drawing, thus creating an examination procedure which recalls the scientific method of observation. However, Malatsion’s works are not realistic representations, but the fruit of her imagination.

Her artworks are thus strongly characterized by an alluring beauty which invites the viewers into a world of floating fantasies and wondrous creatures. Although highly appealing to the senses, the art created by Malatsion is also rooted in ethical questions from the field of biotechnologies. Malatsion said that in her works when she challenges sciences, she is interested in exploring ‘a rather empathetic, sense-led feeling for the alteration and exploitation of nature, which can result in a total loss of its essence’.  The ethical questions moved by her works unfold for the viewer thanks to the contrast of the sculptures’ alluring appearance and their alienating artificiality. Through the visual discomfort, Malatsion raises questions about living beings in laboratory settings and the boundaries of scientific development in respect to natural ethics.

Genesis of My Hybridization 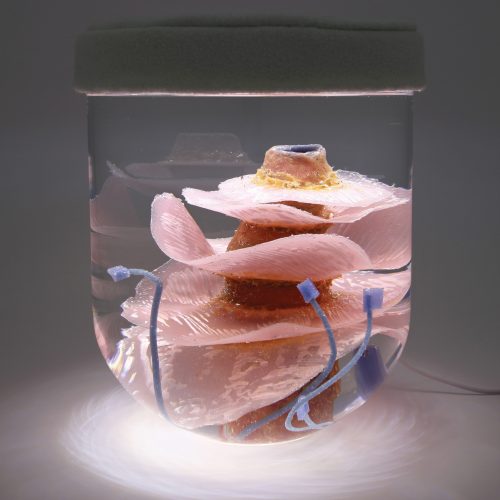 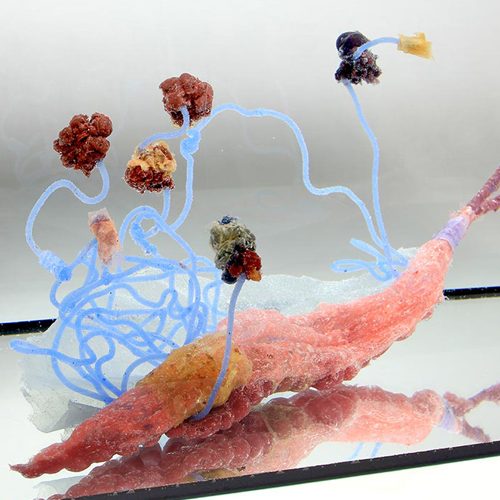