Michael Kain creates abstract, heavily layered oil paintings which demonstrate attentive experimentation with colours and tones. His pieces reminisce modernist values of pure painting, with honesty in the relationship between paint and canvas.

Michael Kain is an abstract painter with roots in the classical art tradition. While pursuing his education at Kunsthochschule in Berlin, Kain’s work was primarily concentrated on figurative painting and painting in muted colours such as greys, black, white and brown. This way of painting was considered to be the traditional approach and was believed to be more esteemed, perhaps even more intellectual.

As artists of that time were looking for new ways of expression and new artistic directions, many, including Kain, began exploring abstract art. In abstract art, they searched for freedom to express themselves without being limited by figurative art and by excessive storytelling. 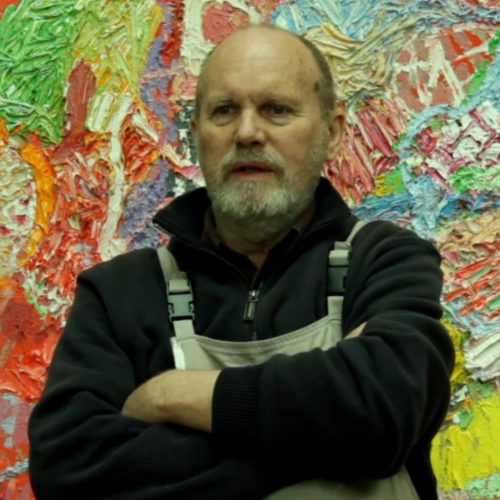 Thus, Kain began creating works that were keeping up with modernist values of pure painting.  In his artworks, there is an honesty in the relationship between the paint and the canvas with no ‘illusory’ storytelling being told through recognisable figures.

In his studio, Kain keeps several pieces that clearly show how his expression has changed throughout his career as an artist. His earliest portraits exemplify the traditional expression – which inspired and reinforced the need to break away from the status quo. Kain’s early abstract art still retains recognizable elements such as arches as well as geometric and cubist forms. Over time, his art has become more abstract and colourful. His paintings are built up through multiple layers of oil paint with intricate patterns that create innovative combinations, resulting in a play on textures and depth. Sometimes, to escape from the canvas, Kain also continues exploring his abstract compositions, but through paperwork. His paper works are made of simple representations with delicate strokes. When asked where the future of art is going, Kain mentions that he will continue to explore the abstract tradition, all while staying true to his own expression. 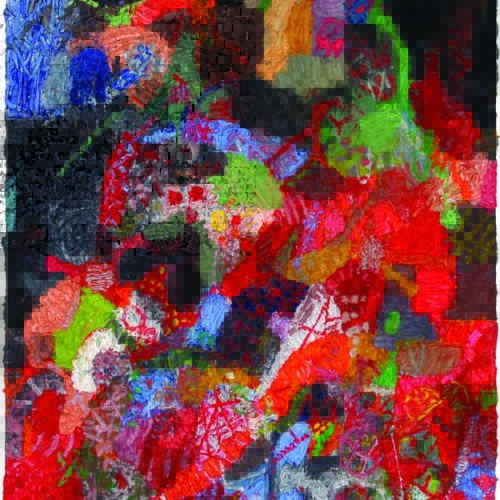 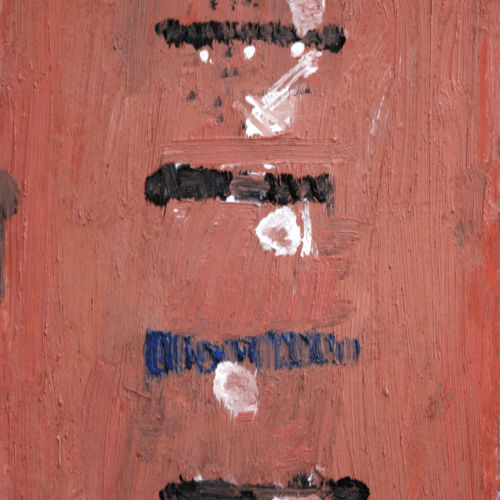