In Tegelaers’s pieces, the viewer can discover the interactions between humans and animals. Joyful and naive expressions are portrayed by Sjoerd Tegelaers when visualising his occupation with animals and their interaction with humans. Animals are placed in ironic settings, in one of his pieces he shows a bull in a parking lot, in another one a man sleeping on the edge of the sea- half covered by water.

He questions our identity and behavior using animals as a metaphor. Apparently calm scenes are used as a cover-up for underlying questions about our involvement in our surroundings. In absurd settings he takes the viewer with him to the edge of the mind playing with imaginary sceneries.

Sjoerd Tegelaers captures in his works ironic and simple situations hereby questioning our relation to one another. 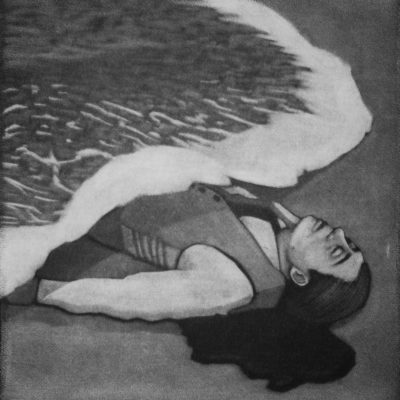 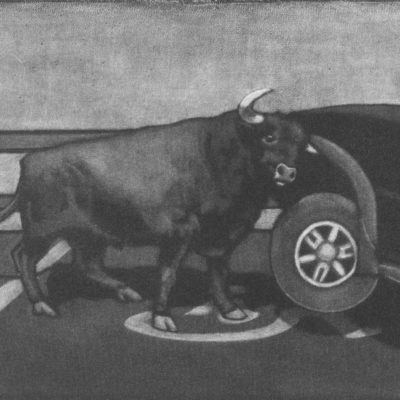