Yumie Yamakawa uses ink on paper to create clean drawings that are inspired by a minimalistic Manga style. Through her illustrations, she captures a wide spectrum of reactions and emotions of individuals.

While living in Japan, Yamakawa used to work as a waiter but it never suited her to work in an environment with other people. She would often feel stressed, melancholic and feeling like she wants to escape from her environment. Thus, she began to make small illustrations in order to cope with her situation.

Taking references from Manga, her clean illustrations captured human reactions and emotions. She focused more on depicting comedic aspects within tragic situations. Because she used her art as a coping mechanism she never considered herself to be an artist. 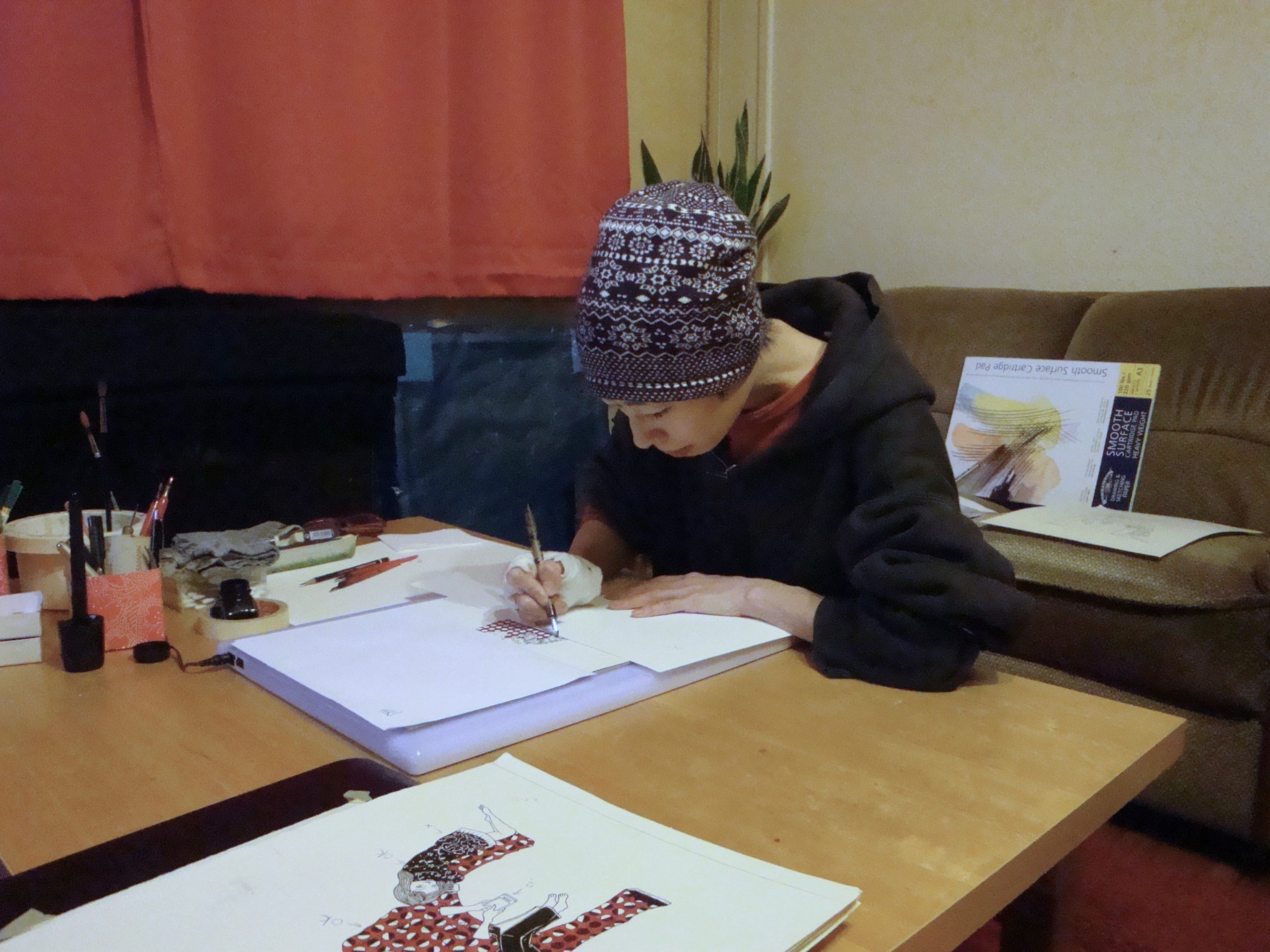 After moving to Berlin with her husband (who’s also an artist) she started to accept herself as a creator. It was because of her husband’s suggestion that she began to create bigger illustrations and finally got the opportunity to exhibit her first works in Berlin. By being confronted with an audience she finally felt like a true artist.

Currently, Yamakawa is constantly drawing. Her inspiration comes from discussions with friends, but also from what she mentions as her ‘sixth sense’. Suddenly she will find an artist that sparks her artistic imagination and she will consume all of their works in order to find inspiration. Yamakawa’s current work bears references to both the Japanese minimalistic style as well as to the long tradition of classical European storytelling. Her clean black lines, mask-like faces and the careful use of ink and of the colour red captures the essence of the stories told. Thus, Yamakawa has developed her own unique artistic language. She has bypassed cultural differences by building bridges between the Western and Asian art perspective, and overall, she has created a universal expression that allows  audiences to both relate to and contemplate on their surroundings and values. 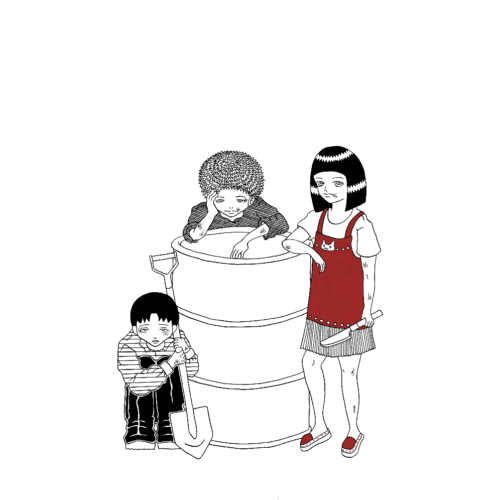 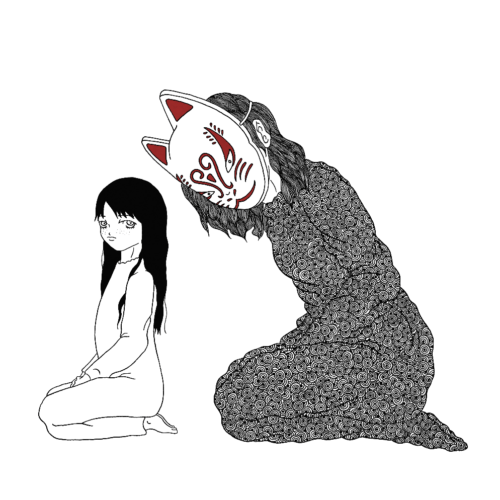