Jang’s paintings play on the border of lust and disgust. She cheekily displays her human fears and feelings in the shape of food, like an empowered antidote to the  advertisements of the 50s.

Alexis Jang’s paintings and illustrations can be described as self-portraits, even though they mostly don’t display her face. Her quotidienne and identity spawns the topics she works with.

She started drawing and painting early on, inspired by one of her teachers who would always scribble cartoon characters under Jang’s homework if she’d done well. The simplicity, clear outlines and reduced characteristics of cartoon are still present in Alexis Jang’s art, even though she’s come a long way since her elementary days.

She has moved from South Korea, to New York,  to Berlin and illustrated for several magazines, among them the New York Times and Vice. She also geared up technically and started adding heavy textures to her drawings with a computer program. The resulting graininess really stands out in her illustrative work. 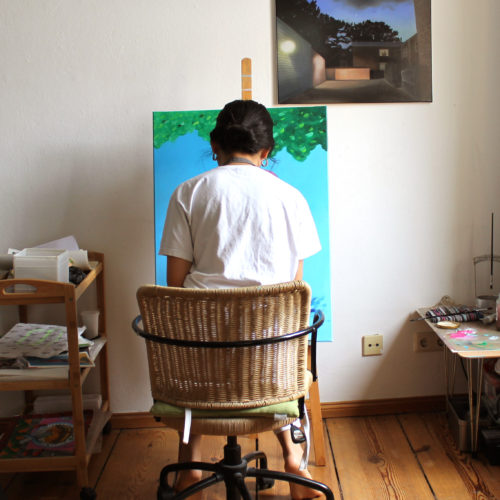 For Fresh Legs 2020 she painted some pieces using exquisite pop-art imagery. Placing hand-lettering beside female figures and foods, she references advertisement prints and shop signs. Instead of adapting the industrial reproduction process of screen-printing she chose the more time consuming manual labor of painting by hand. It takes the appropriation of the industrial aesthetic one step further and makes  the pictures become even personal and unique. Somewhere between riot grrrl, Minimalism and Magritte Alexis Jang finds a voice for sweet sweet self-empowerment. Far from objectifying the women in her paintings, she talks about their feelings. In contrast to the sexist advertisements she references, Jang’s paintings are vulnerable and humorous and combine cuteness with absurdity. Her take on angst and sexuality is fun to look and remains light-hearted. 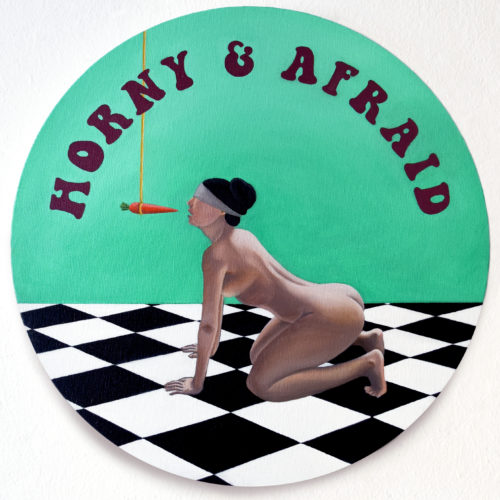 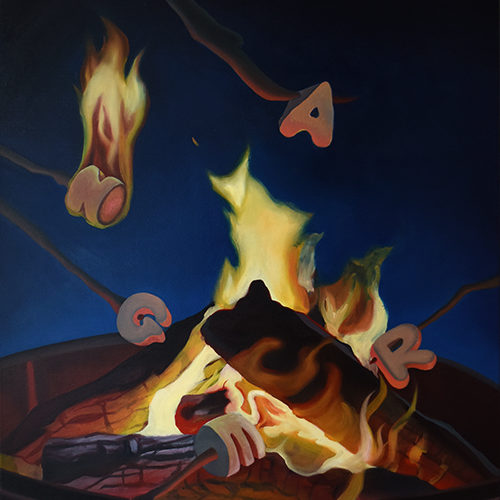