Alica Khaet is a German based artist with russian-israeli background specialising in graphic art, Illustration as well as animated movies. Her illustrations embody a variety of themes. Capturing the comicstyle as snippets of everyday life in Berlin, Khaet thematizes human interaction in her work.

In her colorful sketches she captures the bitterness but also the optimism of life during the pandemic. Her models are average people shopping, bicycling, waiting at the underground station. The movement in these works seem to indicate how life moves on despite how exasperating life under changing conditions feels.

In her monochromatic comic-style illustrations Khaet creates bizarre and absurdist storyboards of conversations between people or recreations of figmental scenes. There are humorous elements as well as moments of darkness and reflection. 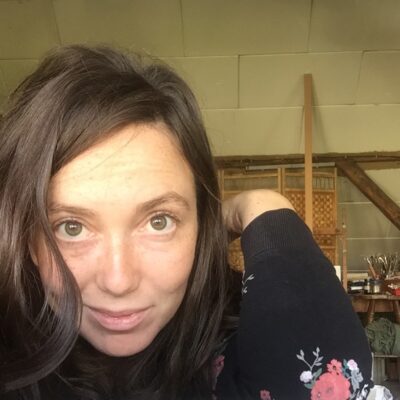 Drawings by Khaet recite personal stories while a cartoon style defuses the reality of life as a migrant. Her childlike characters are wanderers, confined in dark and dusty settings surrounded by heavy melancholy. 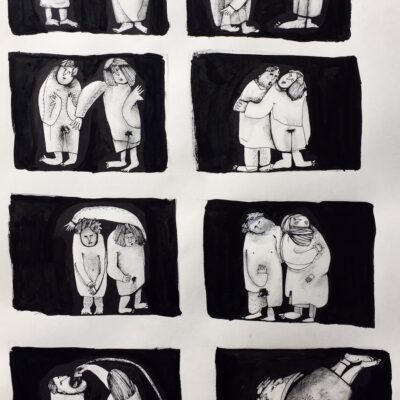 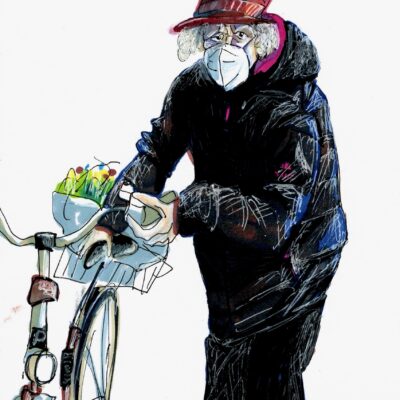