Ansgar Elde (1933 – December 4, 2000) was a Swedish artist famous for his work in ceramics. Elde was a member of the Situationist International (SI). On March 15, 1962 Elde was excluded from the SI along with Jørgen Nash. Both had been on the central committee and were accused of conspiring with certain art collectors. In fact, they had defended Ervin Eisch, Lothar Fischer, Dieter Kunzelmann, Renee Nele, Heimrad Prem, Gretel Stadler, Helmut Sturm and Hand-Peter Zimmer who had been excluded on February 10, 1962. He went on, with Jørgen Nash and others, to work on the Second Situationist International.
Elde collaborated with Asger Jorn on the large ceramic work made in Albisola, Italy but transported to Aarhus, Denmark by train.He lived and worked the most of his life in Savonna/Albissola (Italy)working with Ceramic at Mazzotti and with Lorenzinni. Important are also his large production of painting and many prints made with Alfredo Meconni- (Galeria Il Bostrico) 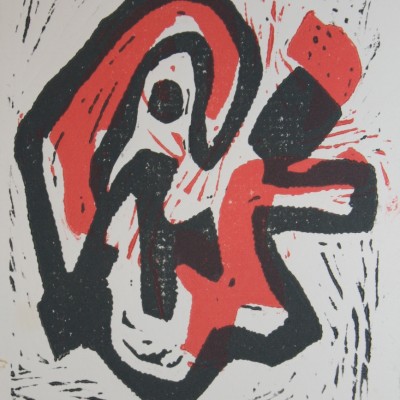 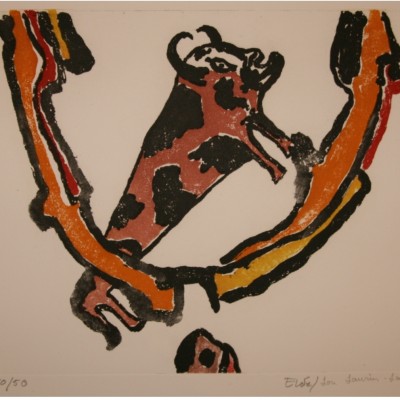