Cecilia Klementsson appropriates images from fashion advertisements of the 90’s and early 00’s. The artist is particularly interested in this kind of image from that decade because the fashion brands at that time started to use nude pictures as advertisements for their products.

Those images were strong and very different from any other advertisement seen before. Some countries even banned the publication of such advertisements because they considered them offensive. Some of those images became indeed iconic anyway. Klementsson claims that nowadays the advertisement industry has changed and that the fashion brands gave up those kinds of photographs as they are more concerned with being politically correct.

Klementsson appropriates poses from advertisements of those years but focuses on the subject more than anything else. The artist swithìches the gender of those photographs, painting men in poses usually acted by women and women in poses like men. 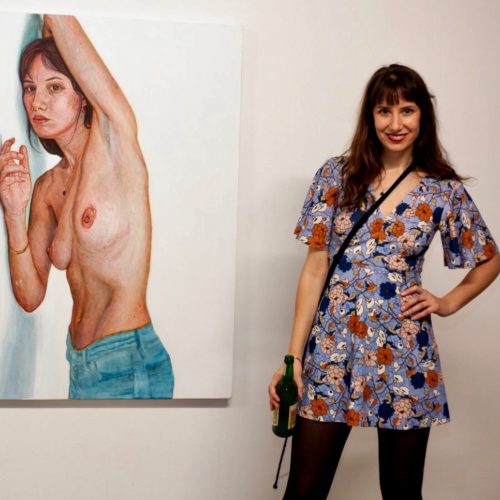 The viewer is confronted with an image he cannot actually recognize as something seen before, most of all because seeing a man in a seductive pose could result in something uncommon and therefore odd. Klementsson dares the viewer to be attracted by the pose and by the subject with any kind of prejudice. The artist is most interested in advertisements that showed the bodies as monochromatic, with no definition of the volumes, without shadows and that even made the bodies look fake somehow. A great example is a shot portraying the English model Sophie Dahl, used to promote Opium, the new perfume by Yves Saint Laurent in 2000. Klementsson depicts poses the viewer may have already seen but completely changes the appearance of the bodies using a very particular technique. The artist applies several layers of the same four colours on the canvas as in a manual printing process. The layers of colour give her paintings an hyper-realistic look, especially if seen from a distance. But most of all they reveal the reality and the fragility of the flash, something the fashion advertisements avoid to show. 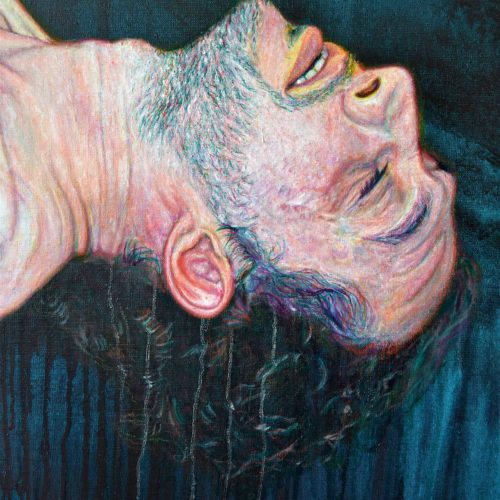