Christina Stark’s artistic production shows particular attention to numbers and characters, which represent the red thread of her installations. These are considered both as semantic and visual elements : on the one hand, her series focus on conversation and poetry, where words are above all celebrated for their cognitive role, on the other but also sentences can be frequently deconstructed in smaller units, from words to the alphabetical letters.

This second process deprives terms and letters of their grammatical and semantic nature, converting them into mere visual signs. Under this perspective, they become part of a different language, made by symbols and lines, in an abstract and minimalist scenario. Both typed and handwritten elements characterise Stark’s artworks, often bringing the technique of collage to its extreme possibilities: parts of sentences are extrapolated from their original context and are then integrated in the new graphic work, or simply meaninglessly juxtaposed one to the other. 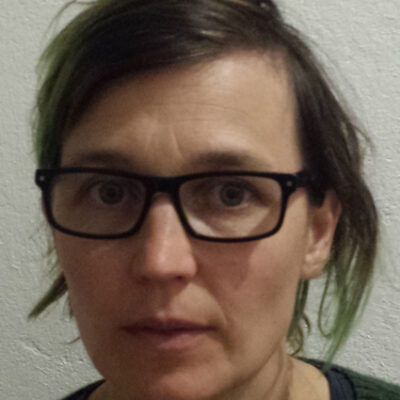 Therefore, words become pure visual elements, and can be broken down into single letters, reforming the technique of composing texts with fragments taken from newspapers or books.

The result is a nonsense text, sometimes just a self-repeating module of letters, that embodies and enhances the polimorfe nature of human language. 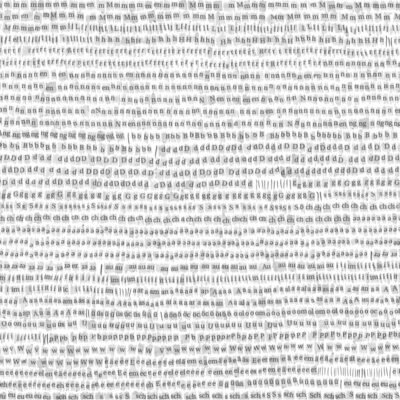