Carina Jo Sivager (DK)
The tension between black and white creates an almost introvert dream world in the renounced Danish photo artist Carina Jo Sivager’s work. The borders between fantasy and reality are left in a blur. This leaves the spectators in an imaginary space left to their own thoughts and memories. Sivager has marked herself as a representative for a new exciting tendency within the area of Danish contemporary photography, involving digitalization in an artistic process. 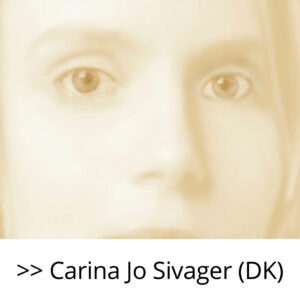 Henry Stöcker (DE)
The sculptor Henry Stöcker was born in Bergen on the island of Rügen, Germany. He started studying biology in Rostock, which he added with art studies in a city that also became his future home; Berlin. As a sculptor and trained biologist, his works mainly consist of materials such as concrete, gypsum, metal, wire and wax. The works take their starting point in a dialogue between the organic form and the artistic expression, leaving us constantly looking in faith to be able to recognise something. Stöcker’s art reflects his interest in reshaping imaginary perspectives. 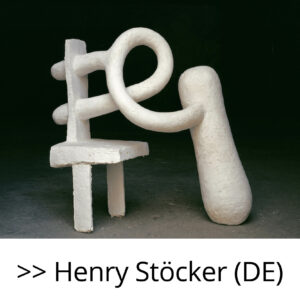 Reduced to a minimum of necessary material, these works convey both joy and humour and let spatial images surprisingly arise in our consciousness, never losing their grace. His sculptures from full size to delicate vaxmodels are based on an extensive sketch material – to the finished filigree drawing – clearly influenced by his very personal expression. It is with a direct and playful language Stöcker invites the spectators to explore a world of imagination. Read more about the artist here.