Poland artist Ivan Rusachek uses a variety of graphic techniques for his detailed, almost still-life-like figurative etchings. Through the encounter of the historical setting, archaic motifs and seemingly everyday objects Rusachek creates an imaginative scenario and the viewers are invited to lose their relations with time and space. The prevalence of monochrome contributes to intensifying the sequence of narration.

Rusacheck’s works show clear references to the common cultural heritage using objects such as clocks, buildings, or ancient statues. The artist takes them out of their real-world context and immerses them in an undefined, dreamy and unusual universe. Some artworks also show domestic scenes such as recurring dinner tables. The dinner theme is quoted from famous old settings, but Rusacheck plays with it: the time of gathering represented by the dinner is changed sometimes into a solitary and contemplative moment. 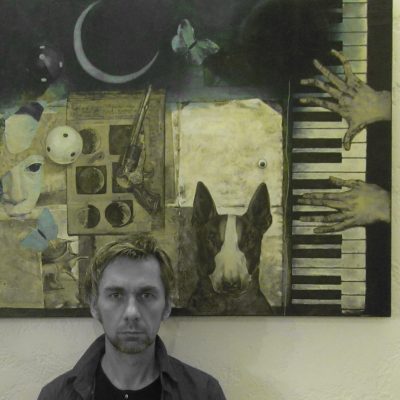 In Rusacheck’s works, it also seems to appear an observation on the relation between the protagonists and the surrounding objects, mainly man-made. All the elements the artist brings together form a theatrical scene where something surreal and magic is accomplished. Subjects seem to communicate with each other, and invite the viewer to discover the idea of the artist, shaped in the images. 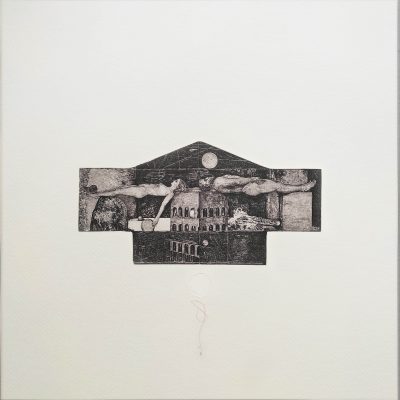 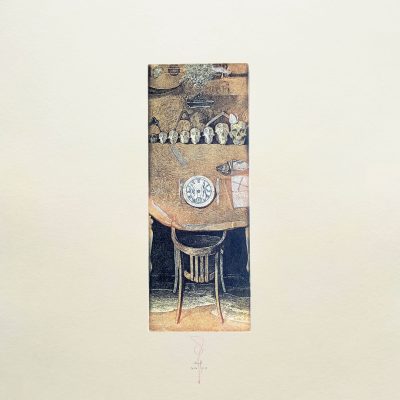