Hungarian artist Károly Pató’s figurative linocuts explore the reciprocal dimension of faith, loneliness and existence by confronting archetypal biblical motifs with the desolation of man and nature in abandoned landscapes. His monochrome linocuts investigate mortality, mankind and his relationship to nature, presented through tree bark, water and roots. The pattern-like textures are in dialogue with each other, moving beyond their own interpretation.

The sight of drought-abused earth is a recurring theme, complemented by the abandoned urban scenery and the presence of a sole figure. The protagonist -silent and aged- wanders all by himself between two metaphorical sites, the drought-stricken land and the ruins of a seemingly destroyed city bearing the marks of war. The context is often deepened by the consciously structured composition sometimes into a triptych or a cross, highlighting the connection and controversy between the different scenarios. 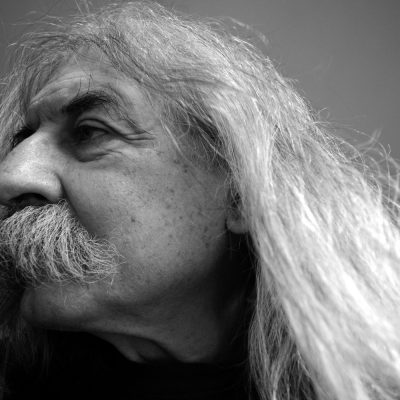 Furthermore, the vivid contrast between the black and white surfaces immediately captures the viewer’s eye.

The monochrome depiction intensifies the symbolic meaning, emphasising the difference between life and emptiness.  This reduction of colours encourages one to examine the figures and objects in their uncovered, truthful state.  Pató’s linocuts invite the viewer to be present in once vibrant, now abandoned landscapes, to reflect and reconnect with the past. 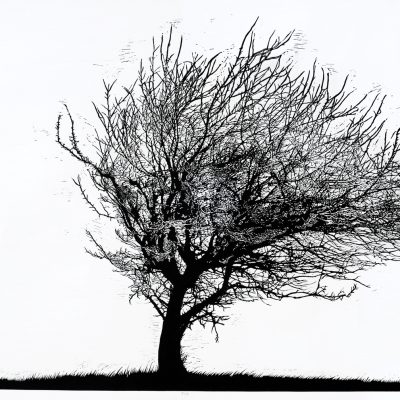 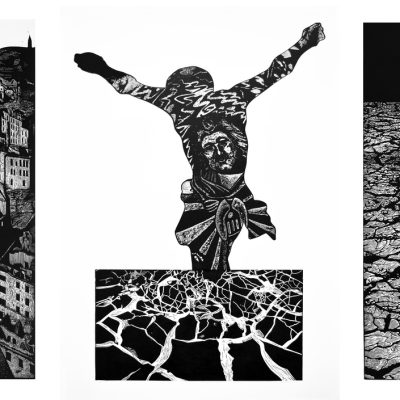