From the imagination of the German artist Mirella Pietrzyk marvellous and captivating worlds are born. They are populated by female-like figures and creatures, which often stare at the viewers and disorient them. One cannot help but plunge into the fantastic scenarios and the surrealistic scenes of the artist, trying to grasp as many little details as possible.

In Pietrzyk’s artworks we can find women with two heads, gigantic coiffure, and a serpent’s tail, or siamese twins with coral heads sewing their own lower part of the body. Sometimes women have the longest hair, colorful high heels, and many showerheads coming out of their faces. These characters often interact with sci-fi machines. They pull down levers of mysterious appliances, or they have their minds physically connected to the reels of a cryptic device lying on a table with human-like legs. 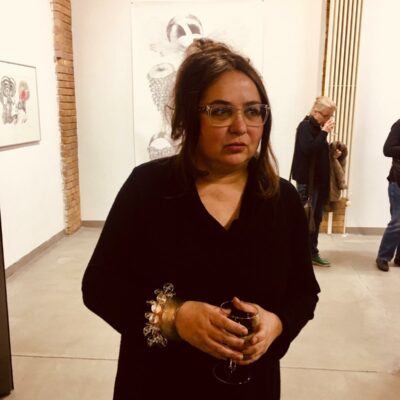 The artists’ works are all realized on  paper . Nearly no background is discernible: the fantasy creatures and their machinery out of alien worlds are the undisputed protagonists. Black and white from the drawing often rule, allowing an extremely accurate detailing and particularization the characters portrayed. However, mixed media painting techniques give from time to time touches of colors and vital energy to the figures. 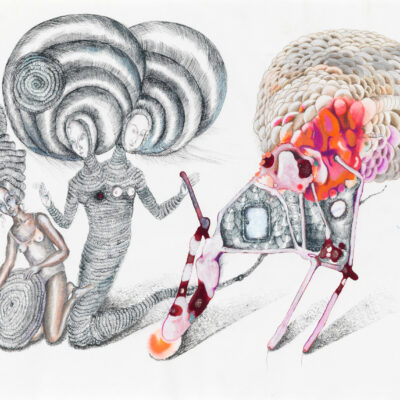 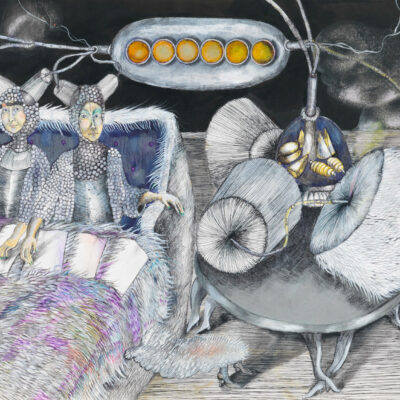