Hans Ticha is one of the most important contemporary German graphic artists and illustrators. He has experienced and described 50 years of history and daily life in Germany through his artworks. He is best known for his amazing printworks and more than 90 books he illustrated, starting when he was just 19. Ticha worked for all major publishing houses of the GDR and even for Büchergilde Gutenberg in the West. Until the fall of the wall, the artist lived in East Germany, but moved to the West immediately after.

The human is the central figure in Ticha’s works, often depicted with grotesquely large hands and small faceless heads. All figures and ornaments are characterised by a bubbly roundness, which lead to Ticha being called a Kugelist (Kugel = ger.: ball, globe, marble) by fellow printmaker Herbert Sandberg.

Indeed, the figures appear to fall into a smooth geometrical order, with the voluminous bodies dancing in strict rhythms. Ticha places his inflated puppets in everyday settings like fish-markets and hairdressers, where they become grotesque personifications of society’s norms and indoctrinations. 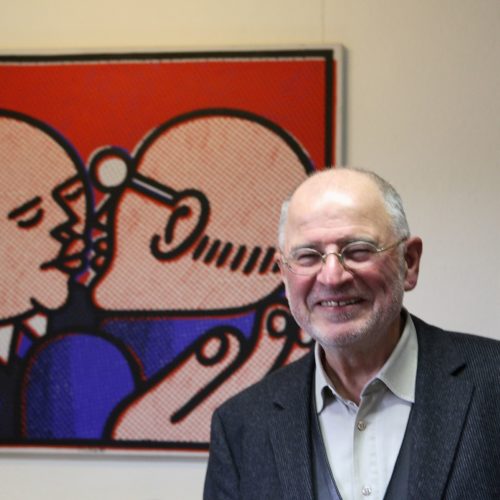 Hans Ticha follows the steps of Bauhaus-painters Oskar Schlemmer, Willi Baumeister and Fernand Léger. He was one of very few pop artists of the GDR, as it was uncommon to resist the Warsaw Pact states’ aversion of this genre. Criticizing the regime, he transforms their Agit-Prop (Agitation + Propaganda) into Agit-Pop. Interestingly enough, his idols also include Russian constructivists.

The ironic comments concerning the self-image of the GDR’s regime give insight into the history and present of Germany, as seen through Hans Ticha’s skeptical and critical eyes. His oil paintings contain many historical references from political events, and deliver a first-hand narrative of life in divided Germany during the struggle of ideologies.

As noted by Eduard Beauchamp, Ticha’s critique goes beyond the GDR. Conformism, self-abandonment and obedience are still relevant today when examining concerns regarding marketing, media and mass-consumption.

After being a teacher for a few years, Ticha studied at Kunsthochschule Weissensee in 1965. Among his professors were Kurt Robbel, Werner Klemke, Arno Mohr and Klaus Wittkugel. Among many other places, his works are displayed and archived in the Germanic National Museum of Nürnberg, the Palace of Weimar, The German Historical Museum in Berlin and the Haus der Geschichte in Bonn. 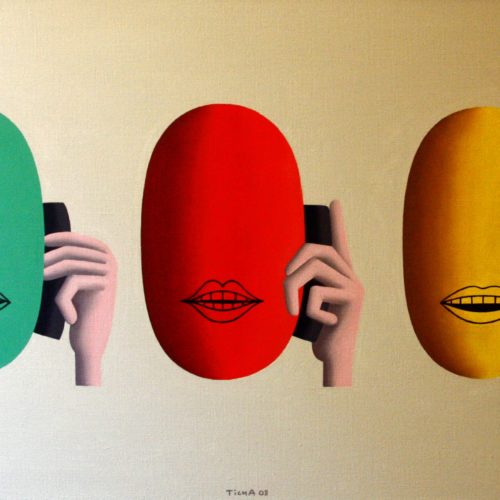 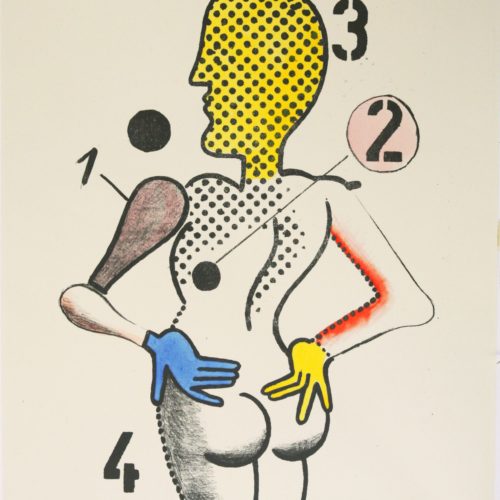