In 2017, the Artlab Kettinge Grant was given to artists Ivan Prieto (ES) and Fabio Valencia (CO). The residency was kindly sponsored by Integra Lawfirm Copenhagen, and took place from July 1st until July 30th. 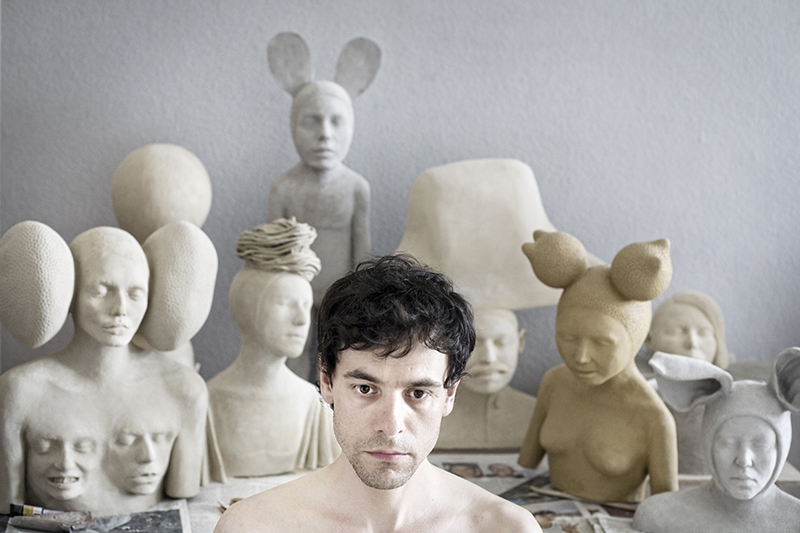 Ivan Prieto (ES) was born in Ourense, Spain, but now works and lives in Berlin. His work focuses on ceramic sculptures, but Prieto also creates illustrations and installations.

In his colourful surrealistic sculptures, Prieto captures the certain fragility of humans and life in general, including indications to physical disabilities (such as deafness and blindness), as well as mental imperfections, with each character being inspired by real-life human counterparts.

Having also had similar personal experiences, Prieto wants to explore the transgressing of physical and mental borders in his art, which are in some way relatable for everyone. In this way, the works also are a self-portrait of the artist.

In his works, Valencia’s art concentrates on expressing concerns about water supply, and reflections about water’s vitality as an element, creating a clear theme to his series of works.

Valencia’s pieces show simplicity and detailed prints that focus on important and current issues of our everyday lives.