Danish artist Stephanie Donsø’s works lie at the intersection where art, illustration and craft meet. Her visual universe is inspired by children’s picture books, comics and folktales and explores the relationship between visual storytelling, illustration and fine art.

Her pieces are set in mysterious scenes that appear more like fragments of what could be a longer story. The characters in her work are familiar to us, whether they are from a well known fairy tale or rather elements the viewer may recognise in themselves or in their life.

Donsø’s interest in folk tales lies in their ability to be both whimsical and often also scary. They are used to educate young children but they also concern themselves with human development. In fairy tales the reader follows a character who is subjected to a series of tests that ultimately mature them. 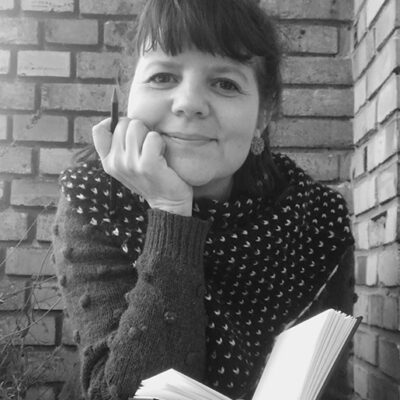 Some works were created during Lockdown, a time when there was a craving for an escape to the outer world. It also forced her to resort to the different materials she had available to her. The paper she uses is typically used for lithographic printing yet it provides the appearance of something old or faded about it. The format of her pieces is also small to maintain the atmosphere of reading a children’s book. 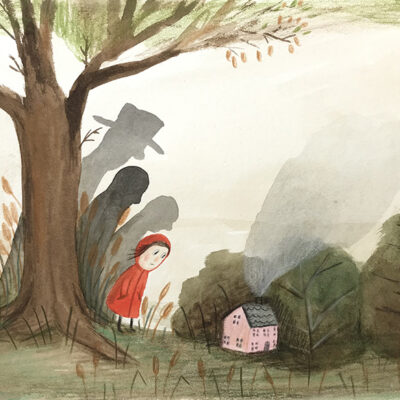 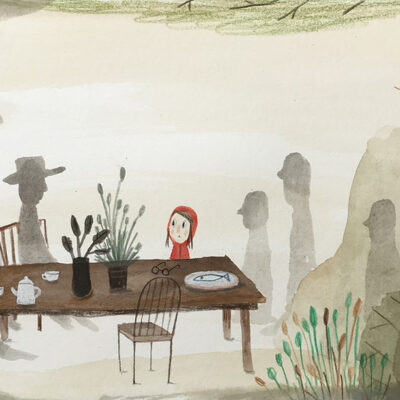