Tanja Huntus photo realistic mezzotints are portraying mostly animals. In her very dark pieces she highlights their character and questions our relation and interaction with them. Their gaze heads directly to the viewer, creating an intimate feeling. She emphasizes the uniqueness of each animal and the reflection of their character in their expressions, especially domestic animals, such as dogs.

Simultaneously, the use of light is very important to Huntus’s portraits, creating a black and white contrast where the viewer can not escape their attention. They do not seem to be inferior to humans, but equals, as part of their family, with a complex character and abilities.

At the same time, these vivid portraits are questioning stereotypes of some dog breeds and who owns the responsibility for their behavior. By displaying kind emotions and intentions to stereotypically wild dog breeds, Huntu is creating new synapsys on specific breeds. 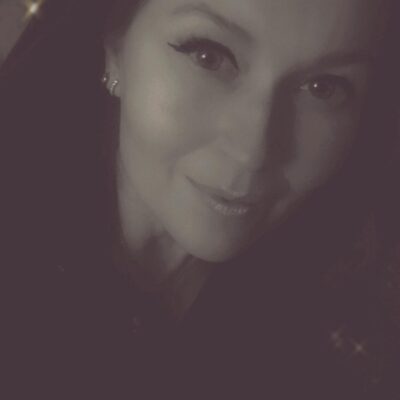 Therefore, the selection of these dogs is not incidental, as human intervention is dominant and brutal. The portraits are the reflection on domestic animals and their nature. 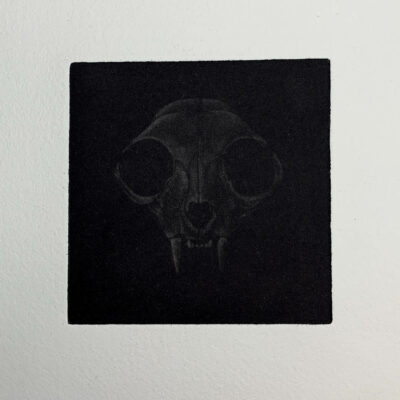 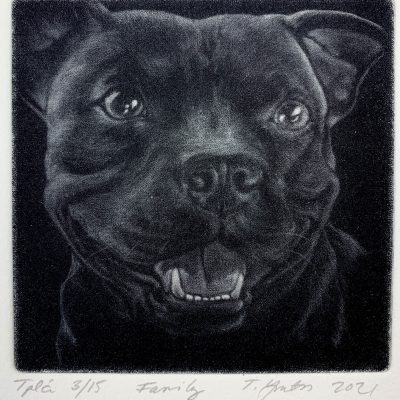