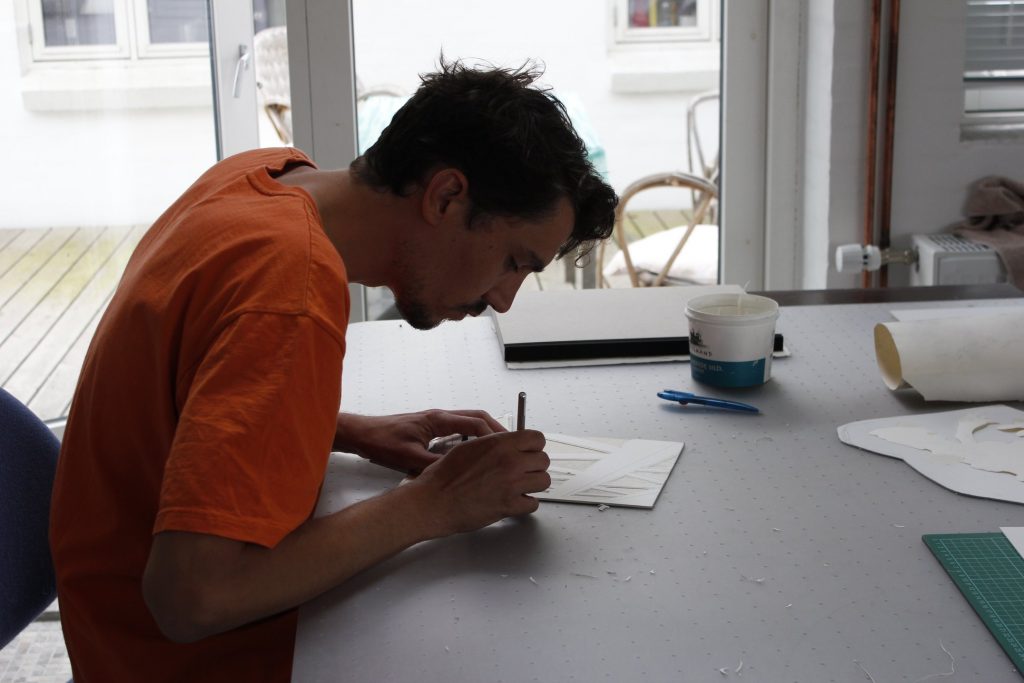 During my residency in Artlab Kettinge, I am continuing to work on my series of large-format drawings inspired by modern and contemporary architecture from
around the world: Basculement.
The drawing I am working on at the moment represent a detail of the Harpa concert hall of Reykjavik in Iceland.

My goal is to develop this project by improving my technique and working with different sizes beyond the confines of my own place. The residency offers bright and open
spaces in a quiet area. It’s a great opportunity for me to take advantage of the
environment and focus on this project in an isolated place. My work is principally focused on the architecture that surrounds us and our perception of it. I like to confront myself with perspective and to play with the boundary between the two and the three dimensionality. Until now, I have been predominantly working with graphite on paper. The residency also has the advantage of a printing studio and so during my stay in Denmark I am using this studio to develop my project through another technique: I am cutting images out of cardboard, using the layers of the card to produce tonal layers. The straight geometrical lines produced by the cut and the texture of the ripped cardboard
create interesting effects that enhance my visual language.The peaceful environment of the residency is definitely having a beneficial influence on my production. 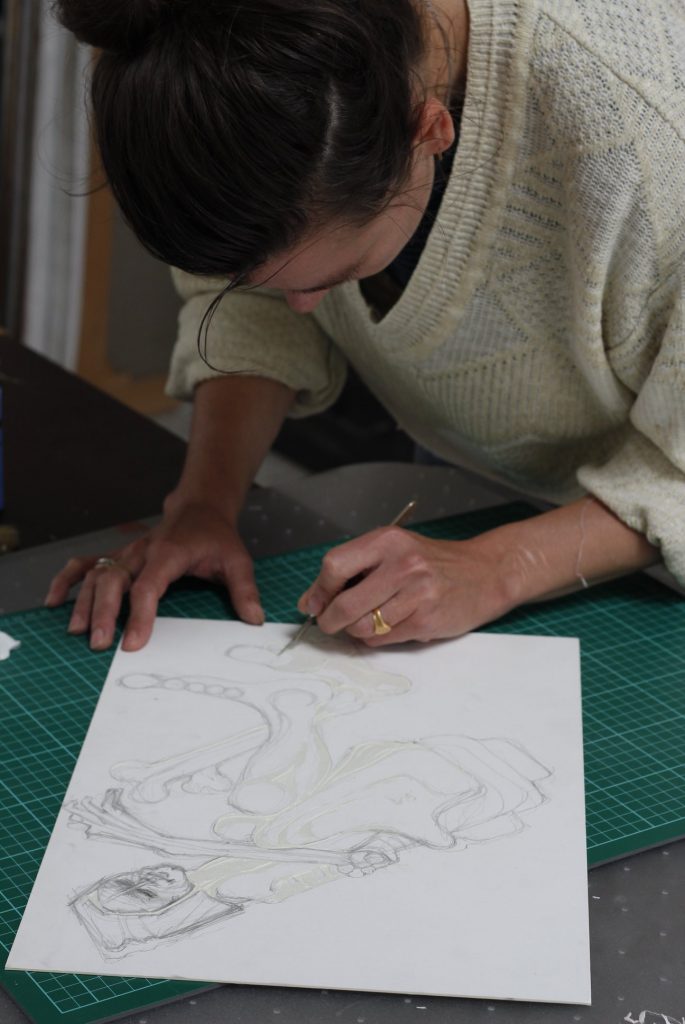 I first visited Lolland for the exhibition, Opdagelser, at Galleri Heike Arndt in October of last year. During my stay, I took the opportunity to go to the Fuglsang Museum where, within the excellent collection of Danish art, one painting in particular caught my imagination. Rizpa holder vagt ved galgen, 1911 by Johannes Glob references a biblical story whereby a mother sits by gallows for three months to protect the bodies of her three sons from being ravaged by animals. It was painted by Glob in the year he also had a son.

Glob was born on Lolland in 1882 where he lived until he was 14 years old. His son, Peter Vilhelm, was to become a prominent archaeologist whose most notable study was that of the Tollund Man.

I became fascinated with this father and son and the sombre subjects which inspired them, subjects which were relevant to the same period in history. For me, there was an elegant sort of symmetry in this layering of time, something which was a central theme of my previous project.

I recently visited the Tollund Man at the Museet Silkeborg in order to produce some preliminary sketches. Now, during my residency, I am using these in combination with the inspiration taken from Peter Glob, Johannes Glob and Rizpah Watches Guard at the Gallows.

Utilizing the etching facilities at Artlab Kettinge, I am revisiting a print technique which I developed in 2008. I am in the process of producing an edition of graphic works, a three-colour impression of interlocking cardboard plates which attempts to illustrate my fascination with the subjects and combine them in one multi-layered image.